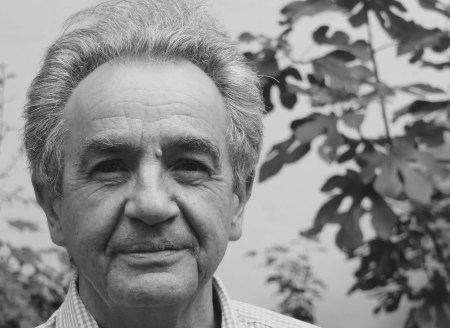 Fulvio Caccia is a poet, essayist and novelist who lives in the Paris region. He has published five novels including La Coïncidence (Guernica, 2005) and Un été catalan (Balzac, 2018); the short story collection Golden Eighties (Balzac, 1994); and six poetry collections including Aknos (Guernica, 1994, honoured by the Canadian Governor General’s Literary Award), and Italie et autres voyages (co-published by Noroît/Bruno Doucey, 2010). In 2018, he published the essay Diversité culturelle : vers l’état-culture (Éditions Laborinthus). He is one of the founders of the transcultural journal ViceVersa, and director-founder of l’Observatoire de la diversité culturelle. 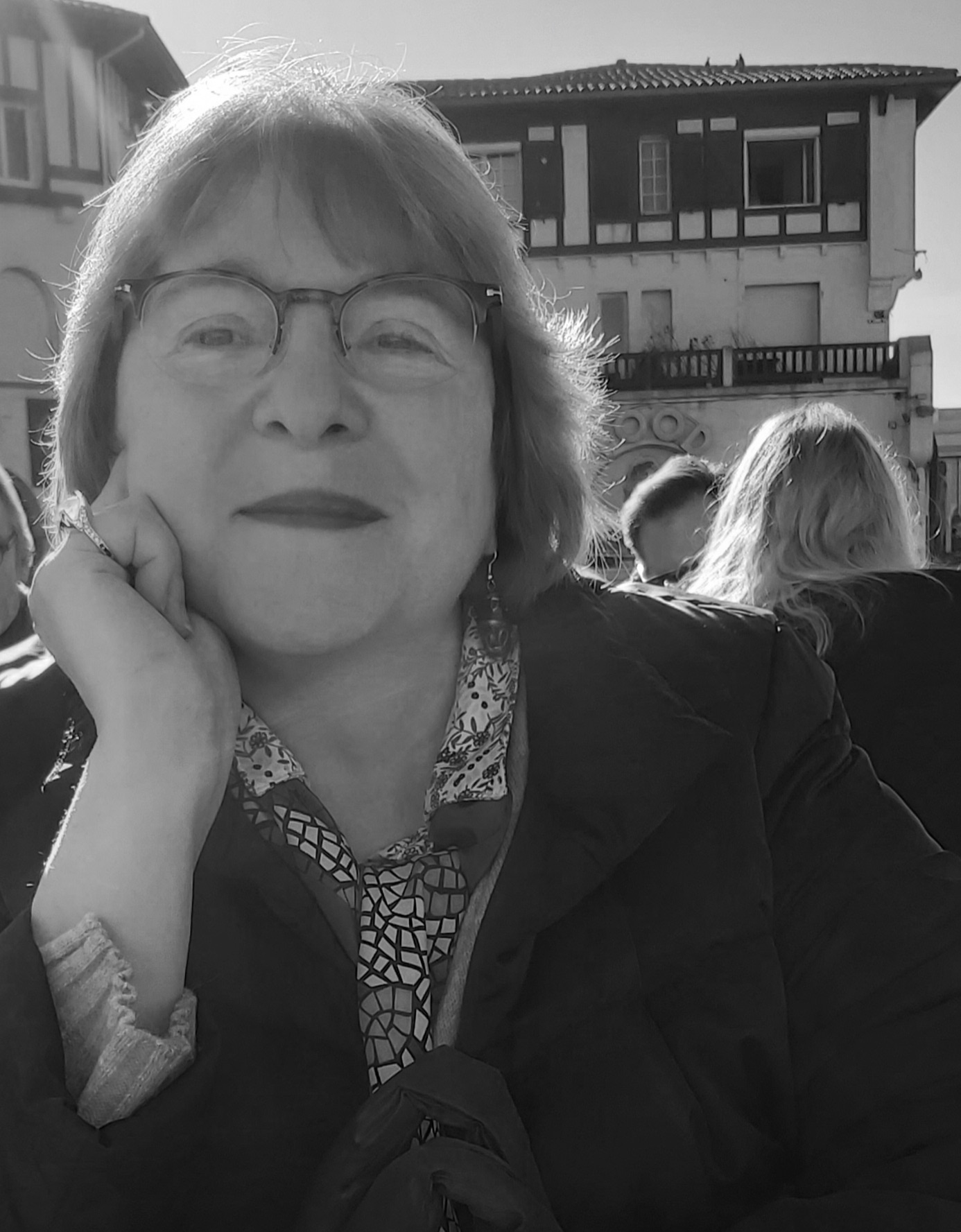 Monique Calinon, a full-qualified Modern Literature teacher (undergraduate degree in Classical Literature, Master’s in Modern Literature on Marivaux), is now curator at the Bibliothèque nationale de France in charge of French Literature collections (Middle Ages -19th century), after many years spent in the audiovisual department. At the time of the BnF-François-Mitterrand project, she was in charge of literary collections from across the French-speaking world. She has directed literary and poetry review Linea. She is a member of the Executive Committee of the French PEN Centre (and deputy treasurer) where she is active in several committees: Writers for Peace Committee, Women Writers Committee, Linguistic Diversity Committee, etc. She is vice-president of the Association des Bibliothèques gourmandes and of the magazine Papilles. She also has a national mandate at French librarians association ABF for the Special Libraries and University Libraries Committee. Lastly, she is president of the Ensemble Amarillis (baroque music) in residence in Angers. 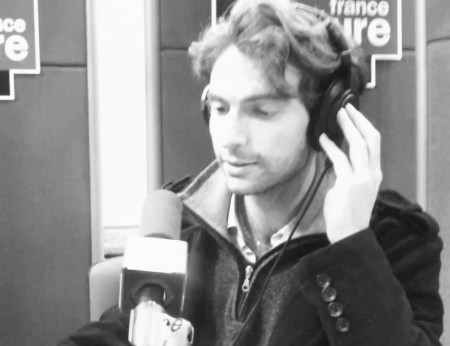 Born in Milan, Romeo Fratti is a French-Italian literature teacher, cultural journalist, literary translator, public writer and actor. He is fluent in French, Italian, English and German, and currently edits reviews for the following magazines: La République des Livres, Vice Versa Online and Toutelaculture.com. He also manages the blog «Fragments», hosted by the website Le Monde.fr. As a translator, he worked with two publishing houses, Dargaud and Portaparole. His short literary radio programmes were broadcasted by France Culture. In April 2017, he launched his own literary webradio, called Broutage de feuillets. 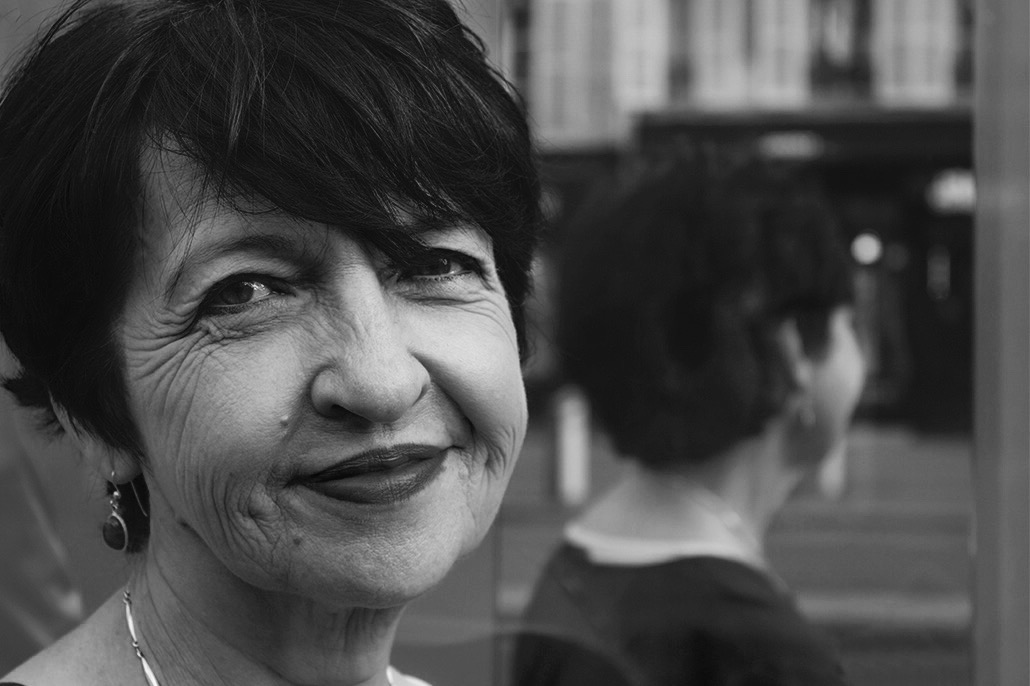 Brigitte Gyr is a Swiss and French poet and translator. She was born in Geneva, where she studied law and political science. She practiced as a lawyer in Geneva and in London for many years before moving to Paris in 1976. Over the course of her career, she has translated dozens of books from English, German, Italian, and Spanish: fiction and biographies (published, among others, by Ed. Denoël and Flammarion), poetry (Ed. J. Brémond; recently for the 2018 “Versopolis” project, Ed. Printemps des Poètes & La Traductière), other texts (with translation agencies in Switzerland). Over the last twenty years she has also taught creative writing workshops in prisons and to underprivileged adults and children. As a writer, she has published many poetry books, including Au Décousu de l’aile (Ed. J. Brémond, 1988), Avant je vous voyais en noir et blanc (Ed. J. Brémond, 2000, Claude Sernet Prize, 2001), La Forteresse de cendres (Ed. le Dé Bleu, 2006), Parler nu (Ed. Lanskine, 2011, SGDL Charles-Vildrac Poetry Prize, 2012), Incertitude de la note juste (Ed. Lanskine, 2014), Le vide notre demeure (Ed. La Rumeur libre, 2016). Many of her poems have been translated into English, German, Italian, Spanish, Icelandic, Arabic, Hebrew, Slovenian, and Greek. She has published art books, and books for young people. She also writes for the theatre, and her short stories have been published in literary reviews (Sarrazine, Siècle 21, Harfang, Orte, La Traductière etc.). She belongs to several authors’ organizations in France, Germany and Switzerland (SGDL, Pen Club, Kogge, Ads), and she is a founder of l’Union des Poètes & Cie. 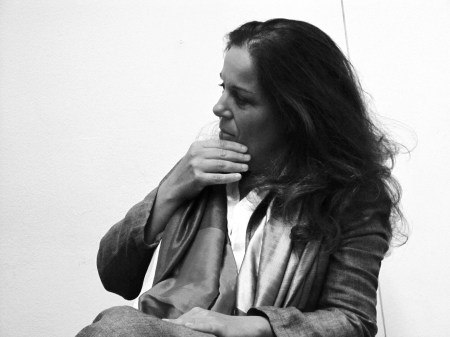 Mia Lecomte (Milan 1966) is an Italian poet of French origin. Among her most recent publications are: the poetry collections Intanto il tempo (2012) and Al museo delle relazioni interrotte (2016); the short story collection Cronache da un’impossibilità (2015); and the children’s book Gli spaesati (2019). Her poems have been published in Italy and abroad in poetry magazines and anthologies, and in 2012 she published in Canada her bilingual poetry anthology For the Maintenance of Landscape. Also a French translator, she is a critic and editor in the field of transnational literature, especially in regards to poetry, to which she dedicated the essay Di un poetico altrove. Poesia transnazionale italofona (1960-2016) (2018). She edited the anthologies Ai confini dei verso. Poesia della migrazione in italiano (2006), Sempre ai confini del verso. Dispatri poetici in italiano (2011) and co-edited A New Map. The Poetry of Migrant Writers in Italy (2011) together with Luigi Bonaffini. She is on the editorial board of the bi-annual journal of comparative poetry Semicerchio and she also is a contributor to Italian edition of Le Monde Diplomatique. She is the creator and a member of the International Compagnia delle poete, a poetic-theatrical group made up of foreign poets living in Italy, that stages performances build over the superimposition of cultures and literary and artistic languages. 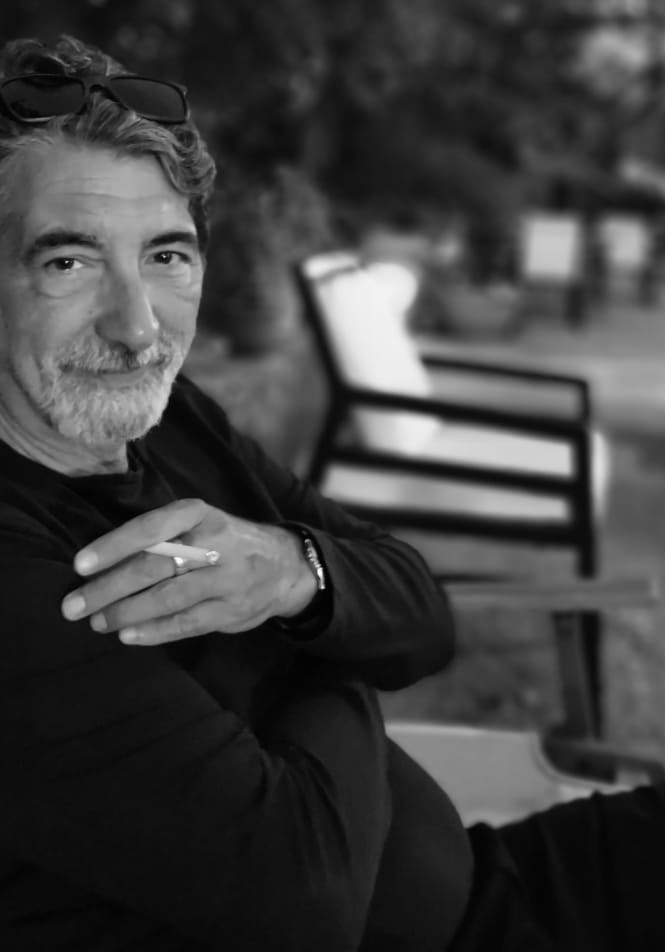 Davide Napoli, a writer and visual artist, listens to the lightning forms of thought, through the ‘in-tensions’ of Indian ink and writing. His research on the gesture of emptiness and on time explores the fall and the vertigo of meditation as a science of the intimate. Doctor in Philosophy and in Arts and Sciences of Art, he teaches Plastic Arts at the University Paris I-Panthéon Sorbonne and Methodologies and techniques of the contemporary at the School of Fine Arts in Palermo, Italy. He is a member of the research team Art Sciences and Society (ACTE Institute, Sorbonne). He has been publishing for years with Éditions Transignum and Éditions Unicité. Latest publications: The lapsus de l’ombre (Unicité, 2020) et Intragème (Transignum, 2021, with a writing and music score by Jean-Yves Bosseur). 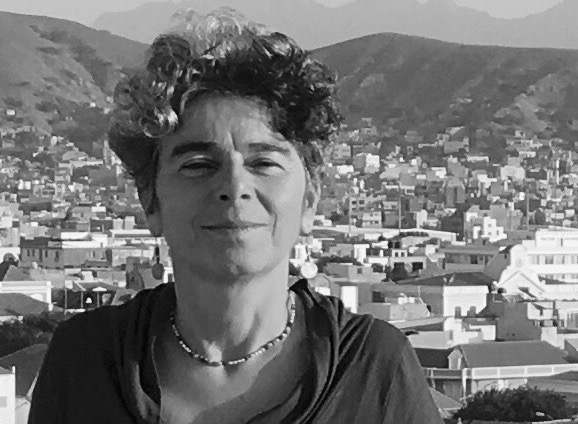 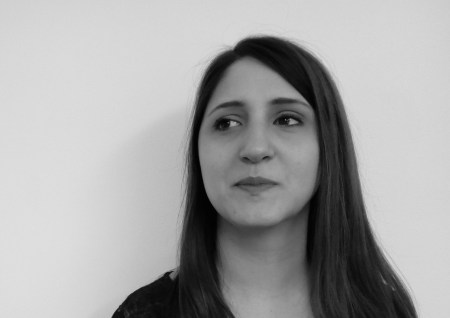 Gioia Panzarella specialises in migration literature in the Italian language. In 2018, she will complete a PhD at the University of Warwick (United Kingdom) with a thesis entitled Disseminating Migration Literature: A Dialogue with Contemporary Italy. Since 2007, she has worked as journalist, copy editor, and content manager for newspapers, publishers, and web agencies. She edited Madrigne in un’unica partitura (Ledizioni, 2015), by the Compagnia delle poete. In 2016, she coordinated the project «Collaborative Translation: A Model for Inclusion», in collaboration with Monash University (Australia). Since 2011, she has taught Italian as a foreign/ second language in Italy, Austria, and the United Kingdom. 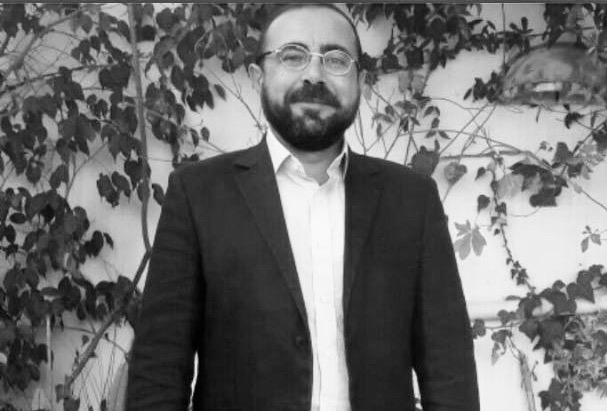 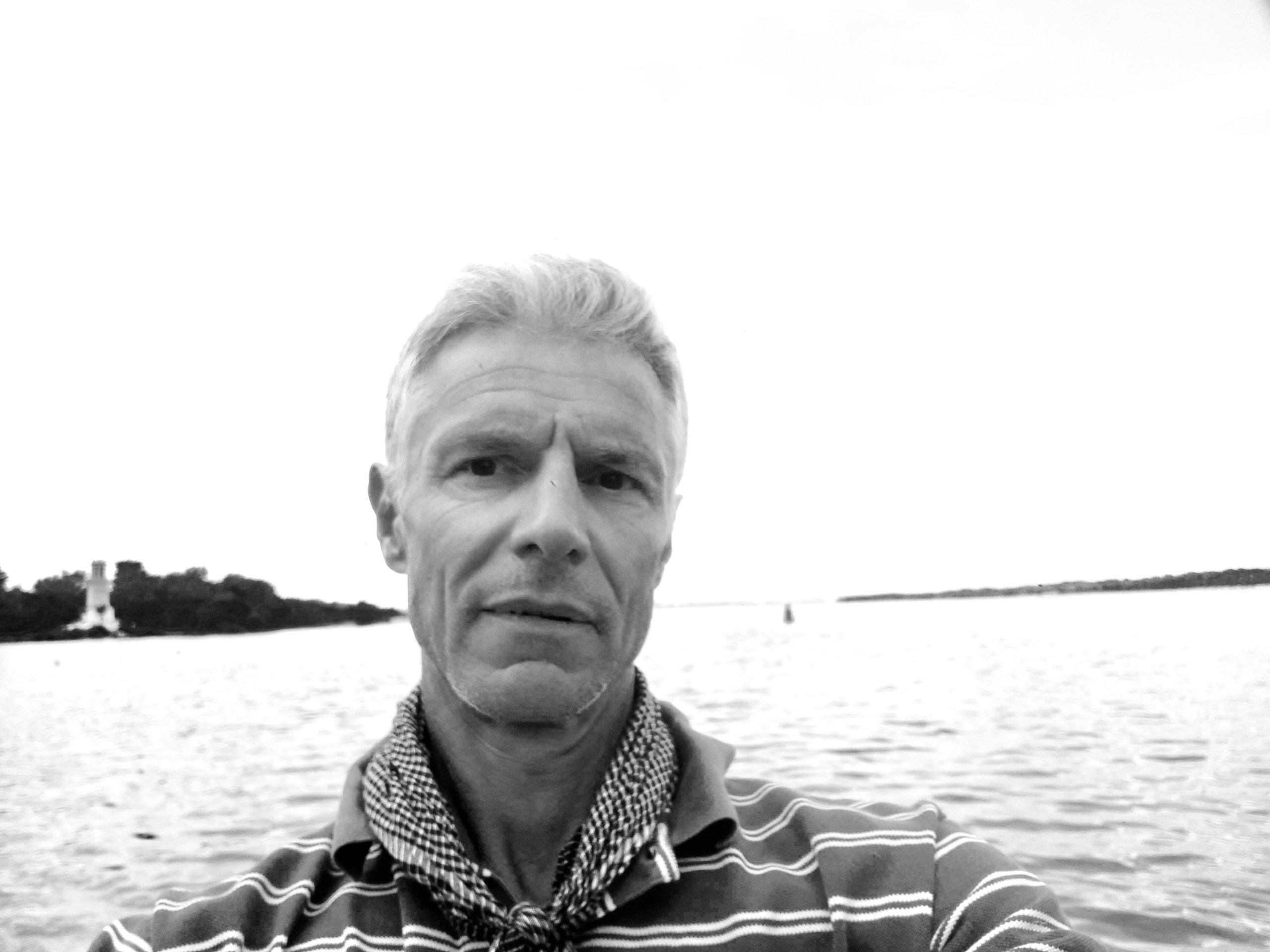 Roberto Scarcia is born in Rome in 1964. Journalist and teacher, of Italian and Canadian citizenship, lives in Hendaye, on the Basque Coast of France on the border with Spain. He has published: Un esperanto Iperboreo (Billion, 2011. Essay in Italian, on Russen-Norsk, Russian-Scandinavian pidgin along the Northern coast of Norway); Correspondencias de Nueva Granada (Cafoscarina, 2008. Collection of articles in French written by the Colombian border areas of Ecuador, Venezuela and Panama); Inspired by Canada (Inroads, n. 17, 2005. Essay in English that relates issues of Canadian federalism and autonomous statutes of the Spanish Basque Country). He has collaborated with publications of the Basque Autonomous Community of Spain in sociolinguistic and cultural research with a particular focus on languages ​​in contact. He has worked as a journalist in English, Italian, Spanish and French for the written press, radio and television in Canada, France, Spain, Italy and South America. He has worked as an ESL/EFL teacher in India, the Middle East, South America and Europe. 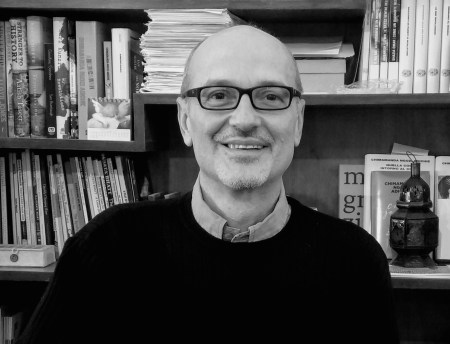 Andrea Sirotti was born in Florence, where he teaches English language and literature. Having as primary interests contemporary women’s poetry and postcolonial studies, he serves on the editorial boards of Semicerchio, a journal of comparative poetry  El Ghibli, an online journal of migrant literature and Interno Poesia, a blog for the promotion and diffusion of poetry. Since 1999 he has been translating poetry and fiction for major Italian publishers such as Einaudi, Giunti, Rizzoli, and Le Lettere. The authors he has translated include Carol Ann Duffy, Sujata Bhatt, Margaret Atwood, Karen Alkalay-Gut, Eavan Boland, Sally Read, Hisham Matar, Hari Kunzru, Lloyd Jones, Alexis Wright, Aatish Taseer and Chimamanda Ngozi Adichie. He has taught several post-graduate courses in his areas of specialization at the University of Pisa and elsewhere, has organized international poetry festivals. From 2000 to 2008, together with Vittorio Biagini, he curated for the Council of Florence the award for young poets called «Nodo sottile». He co-edited (with Shaul Bassi) Gli studi postcoloniali. Un’introduzione, published by Le Lettere in 2010. He has recently begun working as a freelance literary scout and editorial advisor. 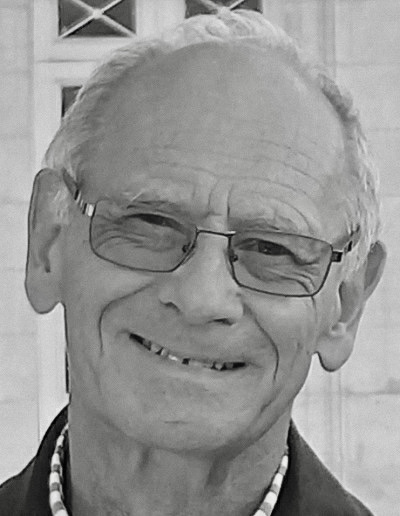 Christian Tremblay, born in 1949, is a graduate of the Institut d’Études Politiques de Paris, an alumnus of ENA (1982) and a doctorat of information science (2002). He began his administrative career in 1972 at the Ministry of Finance, then after a spell at ENA, at the Paris City Hall until 2014. From 1975 to 1985 he directed the Centre de réflexion du Mouvement des démocrates, a political formation created by Michel Jobert, former Secretary General of the Elysée, former Minister of Foreign Affairs under Georges Pompidou and former Minister of Foreign Trade under F. Mitterrand. In 2005, together with several partners, he founded the European Observatory for Plurilingualism and organised the various editions of the European Conference on Plurilingualism in Paris (2005), Berlin (2009), Rome (2012), Brussels (2016) and Bucharest (2019). He is the author or co-author of several books, including Plurilingualism, Interculturality and Employment: Challenges for Europe (2009), and of more than a hundred articles on plurilingualism and cultural diversity. He runs the OEP website and electronic newsletter. 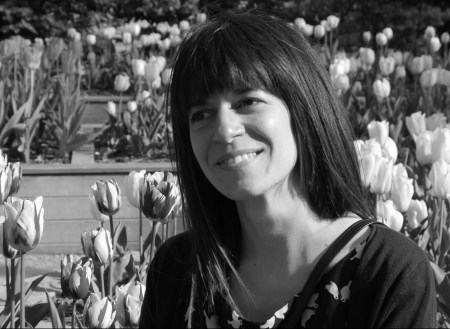 Sarah Ventimiglia, born in Venice, lives between Paris and Marseille. She holds a doctorate in Italian Studies from Sorbonne Nouvelle University (Paris 3), with a dissertation on the relationship between poetry and prose in the work of Cesare Pavese. Teacher of Italian in France, she has translated contemporary poetry into both Italian and French including the work of Ghérasim Luca (Poesia, 2016) and Gabriella Maleti (Les cahiers d’Eucharis, 2016). She also contributed to the French translation of Giacomo Leopardi’s Canzoni (Paris, Le Lavoir Saint-Martin, 2014). In 2016, along with Mia Lecomte and Giovanni Solinas, she organized and led the conference Che lingua sei. Diversità, passaporti, identità: la poesia italiana contemporanea in una prospettiva transnazionale plurilingue (Italian Bookshop La tour de Babel, Paris) 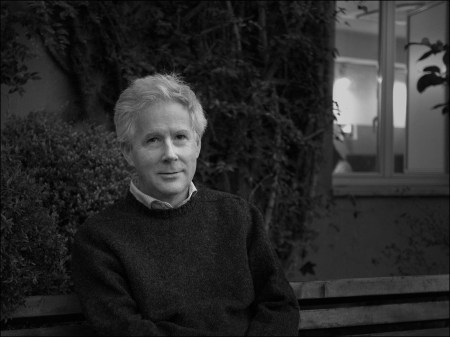 Patrick Williamson was born in Madrid and lives near Paris. He has a BA in European Studies from UEA, Norwich, UK, and a diploma in Sub-editing and design from the London School of Journalism. He is a part-time lecturer on a Master’s degree in Translation à ESIT, Université Sorbonne Nouvelle-Paris 3, but works primarily as a translator in the financial services sector. He is a poet and a literary translator, and has published a dozen works. Latest collections: Nel Santuario (English-Italian, Samuele Editore, 2013), Gifted (Corrupt Press, 2014), Tiens ta langue/Hold your tongue (Harmattan, 2014) and Beneficato (English-Italian, Samuele Editore, 2015).  He is the editor and translator of The Parley Tree, An Anthology of Poets from French-speaking Africa and the Arab World (Arc Publications, 2012), and translated notably Tahar Bekri, Gilles Cyr, Guido Cupani and Erri de Luca.